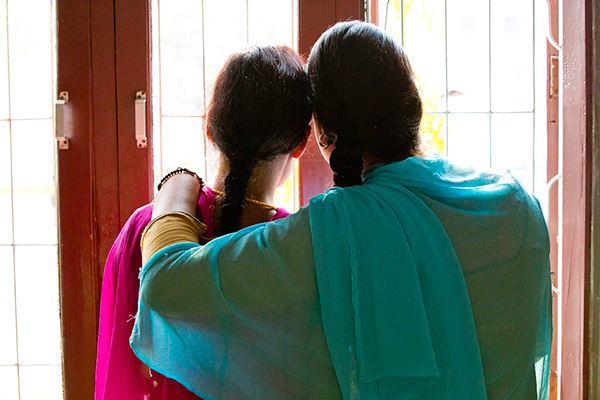 3 Angels Nepal, an Anti-Trafficking focused organisation since 2004 have been proactively implementing initiatives through Rescue Prevention and Rehabilitation approach to combat Human Trafficking in Nepal..

In partnership with Asian Aid Organization Australia and Captivating International Foundation Australia, 3AN runs WSH Women Safe Haven in Pokhara with a total capacity of 40 rescued from the vulnerability of HT Human Trafficking.

3 AN does not only rescue and provide a safe shelter for them, but also cares for their personal livelihood, capacitate and prepares them for their better future.

A get-together of Ex. WSH girls were organized for the purpose of-

It was such an encouraging moment for all 3 AN staff especially Mummy Eager, Lyle Gordon Ball and Bhim Khatri who were out in the field to organize and be an encouragement to them. Having an interactive programs with them was one of the highlights of the re-union day. A special meal with them and spending time with each individual was such a great feeling for both them and us from 3 AN.

It was good to learn that some of them are doing very well with their tailoring shop, earning enough to even to send their kids to a private schools, others are earning enough to care for their personal and family needs and don’t have to nay more depend on selling their bodies or children for food. Some have been fortunate enough to be married and begin a new life, some are working for 3 Angels as border monitors, community mobilizers and some volunteer Ambassadors for 3Angels Nepal fighting against the trafficking in their communities.

“Thank you 3 Angels and all involved in changing our lives and providing us with skills and hope” said the group.

“Monday was special in that there was a program to get together all the girls who had previously been in the Safe Haven Home. Forty four girls came, some of them are married, often too young to really understand what they are getting in to. They loved being together and it was wonderful to see them.” Helen Eager…

“We also visited the new Border Crossing Booth which is a building put right beside the bridge at the Govt’s request as they say 3 Angels is doing the best job at stopping the trafficking of the girls into sex slavery in India. The Govt provided the land and Asian Aid and Forever Friends from Australia provided the money for the building. Our girls stop every bus that goes past and with the other girls that they stop, most days have around 40 girls taken in and questioned. It is a dangerous job also, and at times their lives are threatened. It is work that they deserve a medal for doing.” Helen Eager…