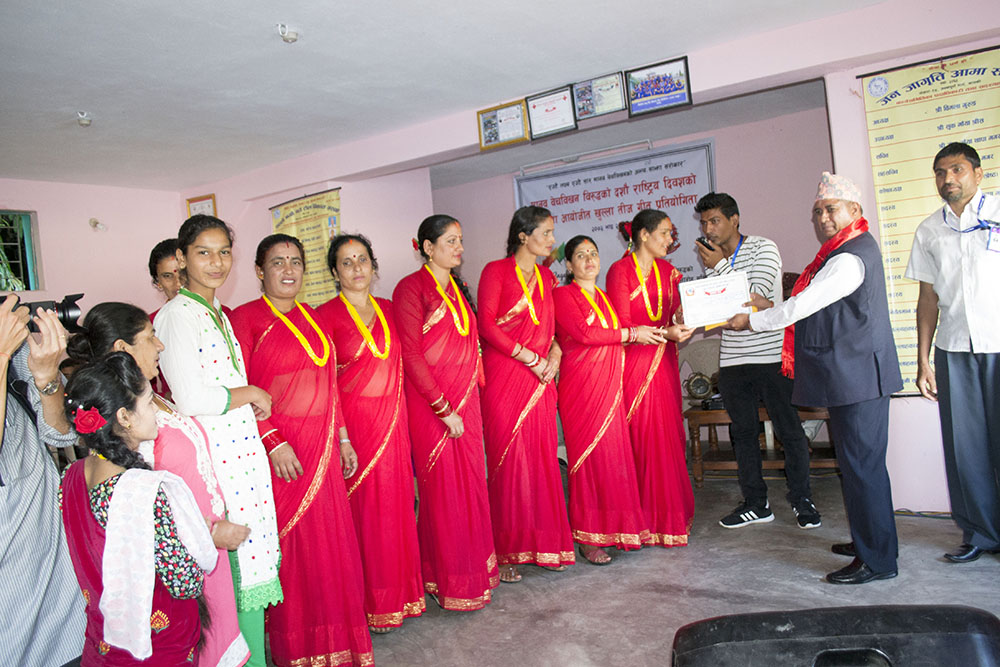 Human trafficking is not normally something to celebrate. But celebrations for  “National Day Against Human Trafficking” in Nepal very much drew community attention to an enormous problem happening every day within Nepal’s communities.

In 2015 around 10,000 people were reported trafficked according to the report of the Human Rights Commission. This does not take into account all those who were saved from being trafficked by interception at border crossings between Nepal and India and including these figures increases the number trafficked to more than 20,000 according to the NGO’s working in this area. This problem within Nepal was reported to have risen by15% after the devastating earthquakes in April 2015.

Realising the problem, 3 Angels Nepal (3AN) expanded its areas of coordination, working with the government as well as like-minded NGO’s, to combat human trafficking from a grassroots level.

Local festival (Teej), which is of importance for Nepalese women, was utilised to create awareness of anti-human trafficking efforts.

District Women’s and Children’s Welfare Office and 3 Angels jointly organised a program where more than 500 people participated in a singing program with the theme ‘anti-human trafficking’. As this is a major festival for women most of the participants were women and 12 organisations, working directly and indirectly against human trafficking, participated in this awareness program.

There were 6 competitors from each group and the singing competition was broadcast live via 3 Angels Community radio right across Nepal. Prizes were given for 1st, 2nd and 3rd place but the best part was that communities far and wide were made aware of how to protect their young women and children from falling prey to traffickers.

3AN branch officers also celebrated this awareness day through a variety of programs including street dramas and rallies where women formed Human Chains drawing attention to border control or lack of it that makes trafficking all too easy.

3Angels Nepal secretary called for collaborations from one and all to combat human trafficking and stressed the role of community in this mission to create a society free from human trafficking.

Further community awareness is encouraged through a variety of events… 3AN was invited to have a promotion stall at The Grand Hotel in Pokhara at an event hosted by Rotary. Founders and directors of 3AN, Sarah and Rajendra Gautam are also both members of Rotary and were invited to share the work of 3AN with Rotary members.

A 3 Angels team is participating in a volley ball tournament organised by a local youth club. 4 days of tournaments will allow 30 Anti-human trafficking slogans to be announced to thousands in the audiences watching these matches live each day. A 3AN representative will also be delivering a short speech concerning human trafficking at the beginning of each day’s event. This mass publicity will be carried out through banners, slogans, flyers and pamphlets. 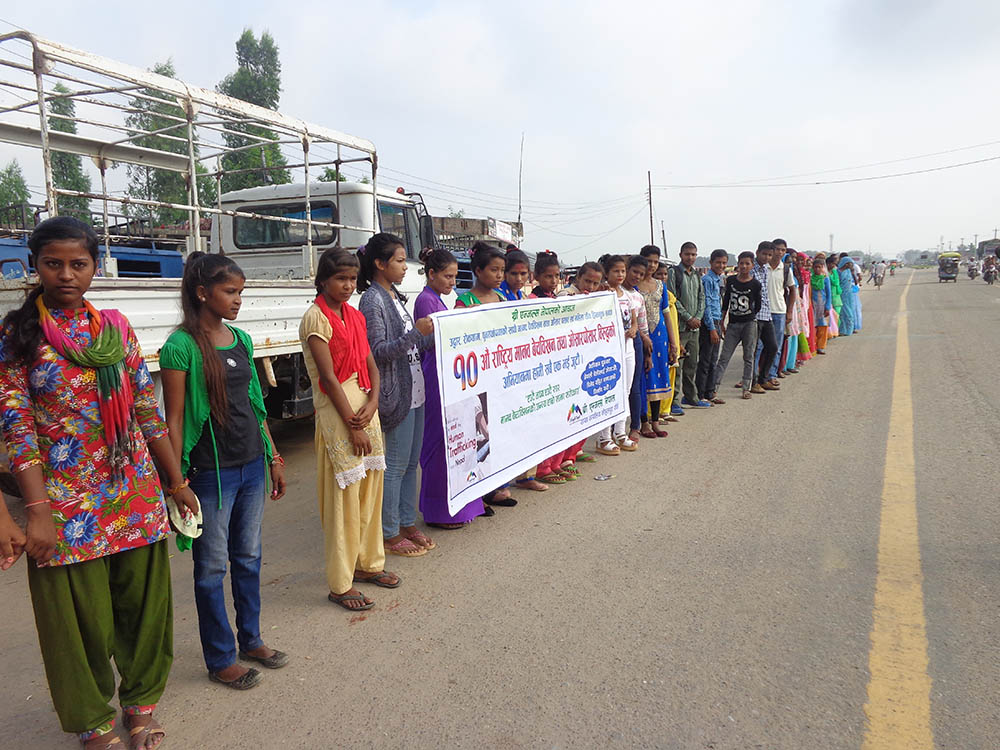 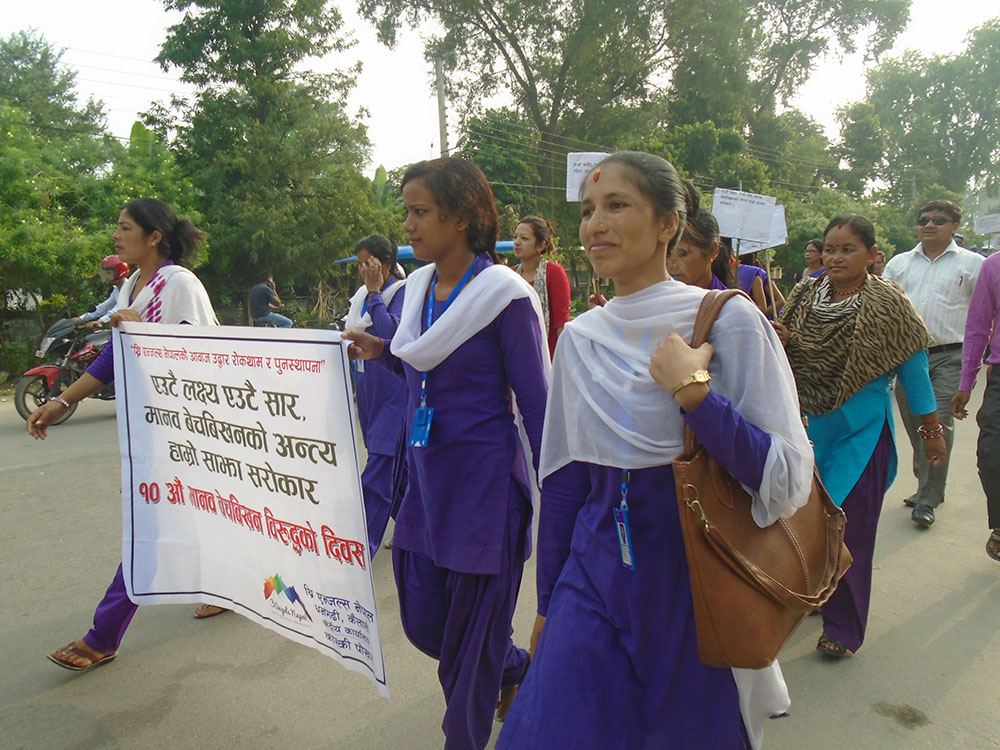