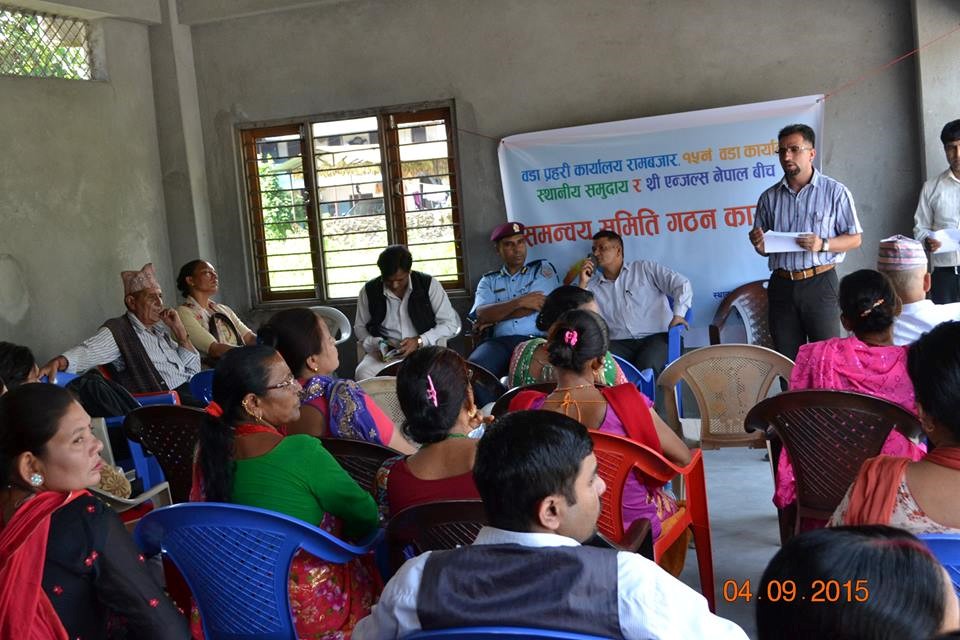 A local task force to fight human trafficking and sex slavery has been formed where 3 Angels Nepal operates, with 3AN taking a leading role.

This task force coordinates various representatives in the area from the Red Cross, human rights groups, local government and community groups, all working together with transparency and accountability to fight the growing problem of human trafficking and sex slavery around Pokhara.

3 Angels Nepal was requested to lead this task force and train others working in this area, with the ultimate aims of getting the local community working with 3 AN and security forces to rid their community of this evil.

The chairperson, local Police Inspector, Mr Keshab Basnet, commended the work of 3 Angels (3AN) in fighting human trafficking and sex slavery in the community. He gave examples of police and 3AN rescuing victims together and spoke of how victims lives were improved as a result of the training they received from 3 AN and the Women’s Safehaven Home. He urged the entire community to “join hands with 3AN and protect and support them in the process of creating a society free from human trafficking and sex slavery.”

Congratulations 3AN…..Keep up the great work.