1 year on from Earthquake and still little relief 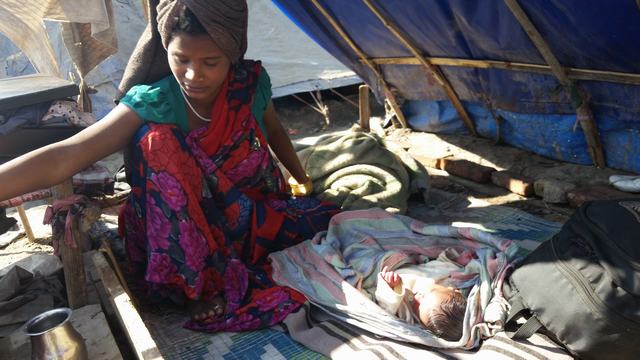 A mother and her baby making do with makeshift housing despite the imminent monsoon season.

Despite a global effort in responding to the April 2015 earthquake that shattered the Kathmandu Valley in Nepal, there is still much to be done to assist the displaced and vulnerable communities now living in slums on the outskirts of the city.

Families with young children are making do with makeshift shelters, the most basic of cooking equipment and little access to necessities such as blankets, clothing and access to adequate sanitation.

Those with young babies are most vulnerable, as the tiny ones have no shelter from the elements, and with the monsoon season approaching, it is the harsh reality that many will not make it.

These pictures, provided by Helen Eager on her recent trip to the area, capture the heartbreaking reality of the everyday challenges, particularly for mothers of very young children. 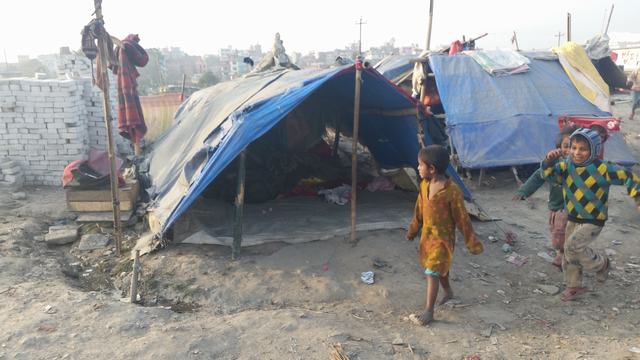 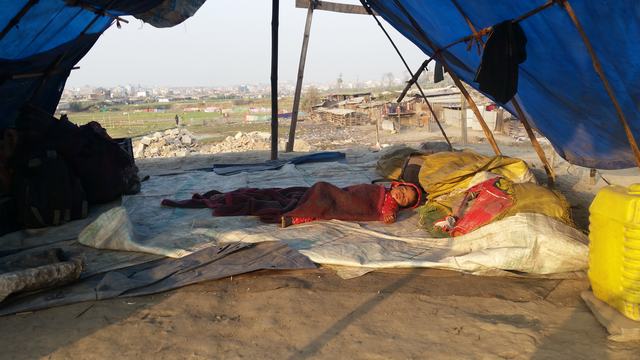 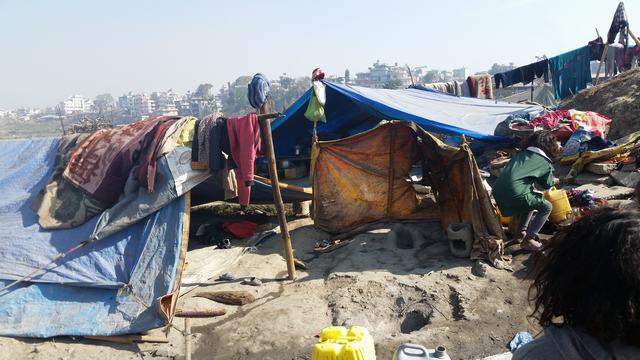 Typical makeshift “home” for those displaced by the April 2015 earthquake 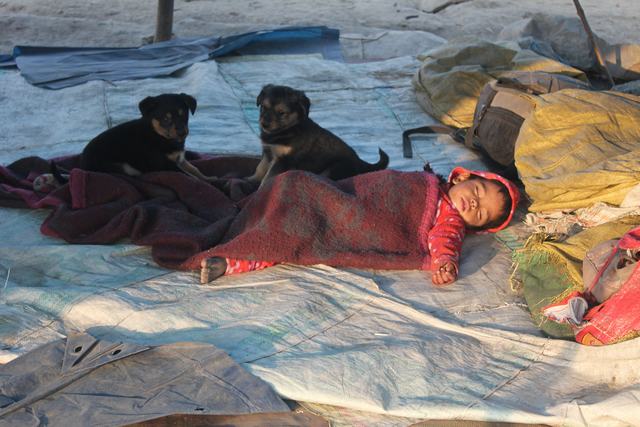 Aid is getting through, albeit with a significant logistical effort to ensure supplies are not ransacked, damaged or otherwise obstructed from getting to those they are intended for. It is mayhem, but when the warm clothing and blankets do get through, it provides at least some protection from the weather.

There is also much good being done in more remote regions, such as in the Far West of the country where a new 3 Angels border booth is being installed at Kanchanpur. 3 Angels is also working with the most vulnerable prostitute communities, identifying opportunities for new income generating projects to break the poverty cycle and reduce their exposure to sex traffickers.